How to recognize sexual harassment in everyday life

What is sexual harassment?

Sexual harassment is legally defined as any unwanted verbal or physical conduct of a sexual nature. It can make people feel unsafe, embarrassed, offended or intimidated. Sexual harassment can take place any time, anywhere. Even when you have an understanding of what the legal definition of sexual harassment is, recognizing it in your everyday life can sometimes be challenging.

Why is sexual harassment sometimes hard to recognize?

Sexual harassment is sometimes hard to recognize because certain behaviour and language are normalized in our society. Sometimes, harmful actions, behaviour and comments are so common they appear to be acceptable in everyday life. It’s important to remember that anything that makes you feel unsafe, embarrassed, offended or intimidated is never OK.

Sexual harassment is always wrong, regardless of how common it seems or how often it happens. You may experience it without even recognizing it as sexual harassment.

Some examples of more common types of sexual harassment include:

Other behaviours that can be considered sexual harassment

Another reason sexual harassment can be hard to recognize is because certain behaviour and language are OK in one situation and not OK in another. The same act could have very different meanings depending on the situation, intention and relationship between the people involved. Here are some examples:

Tarana Burke is the founder and director of Just Be, Inc. and the creator of the #MeToo movement. Kids Help Phone is always there for young people who experience sexual assault and harassment. We stand with everyone who tells their story using #MeToo and offer our support to anyone who needs it. 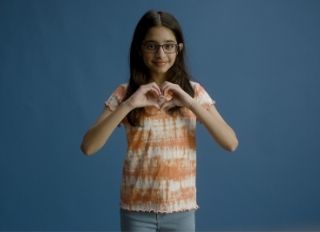